Tales of the American Interviews

"Tales of the American" filmmakers Pamela Wilson and Stephen Seemayer interviewed more than 100 artists, musicians, writers and others who have lived, worked and partied in and around the American Hotel over the past four decades. As new development and a growing population drasticallhy change the downtown landscape, Wilson and Seemayer hope to preserve memories of the vibrant art community that flourished there in the 1970s, '80s, '90s and early 2000s. These are the people who created the Arts District. Their recollections will be released (in alphabetical order) below and on a new YouTube channel, Tales of the American Interviews.

Jay Bright is an actor who settled in Los Angeles in 1979. Throughout the 1980s, Bright was a part of the downtown art community, living in the American Hotel, as well as other loft buildings nearby. A regular at Al’s Bar, he was active in the burgeoning Al’s National Theatre, including playing Tommy the Toxic Waste Monster in Joel Bloom’s 1987 ecological parable “Mayhem at Mayfield Mall. He now lives in New Orleans. (Click on photo to watch interview.) 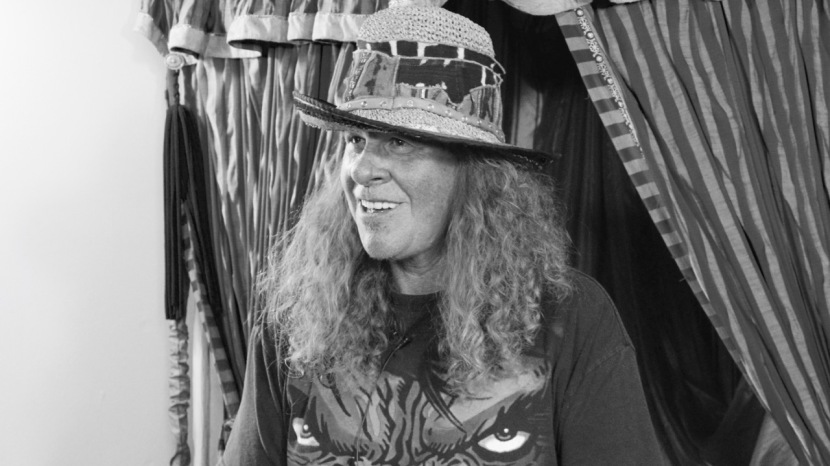 Erika Bradberry is a filmmaker and artist who moved with her parents into a loft in downtown Los Angeles in the early 1980s. She did lighting for many theater productions downtown, including at Wallenboyd Theatre and at Al’s Bar. And after she was red-tagged out of her earthquake-damaged Central Avenue studio in 1987, she sought refuge with her many friends who lived at the American Hotel. (Click on photo to watch interview.) 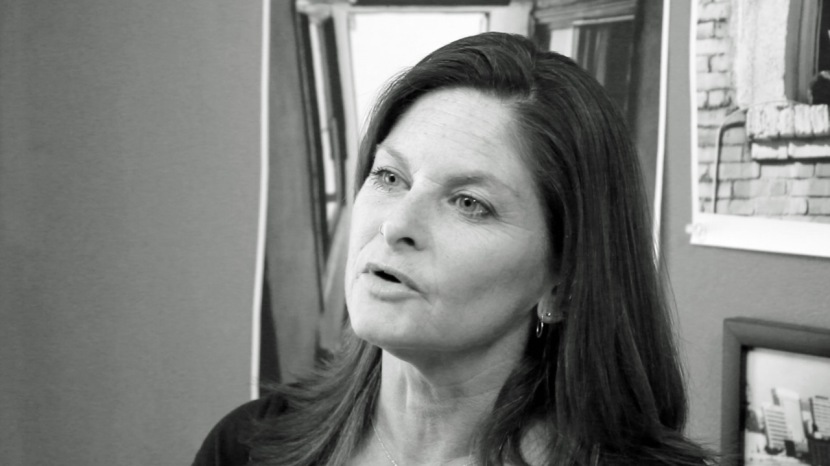 When Toastacia “Toast” Boyd returned to Al’s Bar after living in San Francisco, she found the once-thriving live music and theater venue a dark and lifeless place. The 1992 L.A. riots had taken a toll on business — especially nightlife — in the downtown area. Toast became the booker and manager of Al’s Bar — and eventually manager of the American Hotel above it — and her indefatigable energy and creativity breathed new life into the place. (Click on photo to watch interview.) 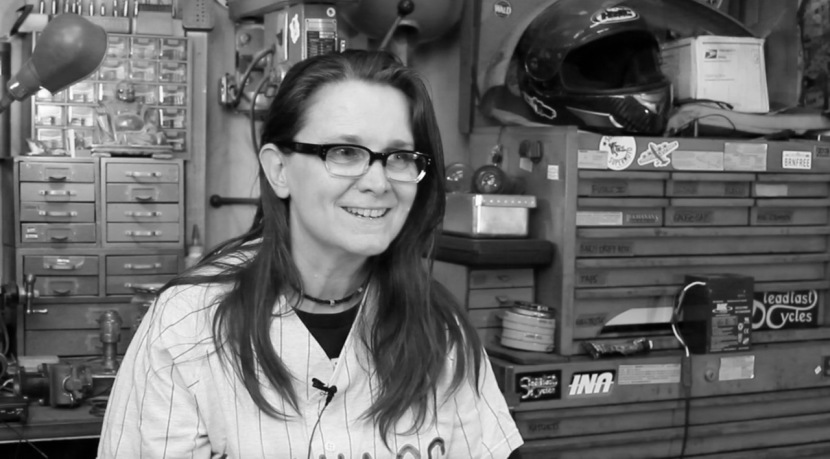 Musician Toastacia Boyd — known as Toast — came to Al’s Bar in the 1980s as part of a contingent of bands from Long Beach who took over Thursday nights at the downtown L.A. dive. Known for recognizing talent, Toast went on in the ‘90s manage the bar and prided herself on creating a haven for expression of all kinds. “We especially enjoyed people who weren’t like us,” she says. She also managed the American Hotel. (Click on photo to watch interview.) 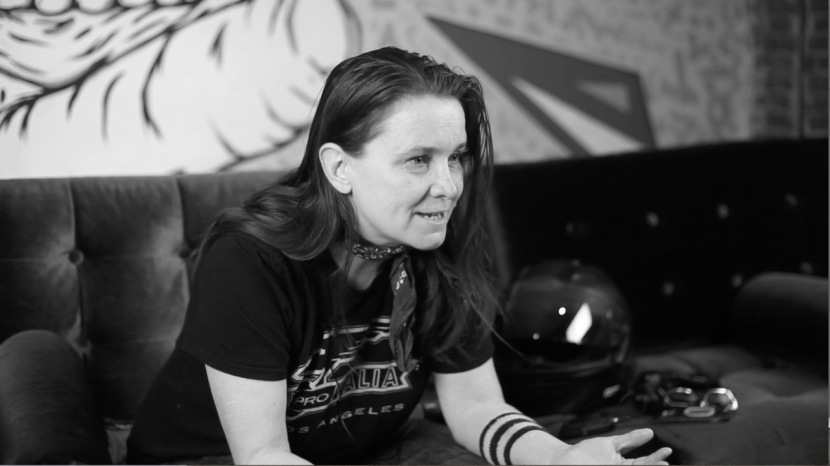 Computer engineer Randy Bloom is the son of Arts District pioneer Joel Bloom, who devoted much of his life to helping shape the neighborhood around the American Hotel into a place for artists. Joel Bloom opened Bloom’s General Store on the ground floor of the hotel in 1995 as a service to the community. The City of Los Angeles named the corner of Traction & 3rd Street “Joel Bloom Square” shortly before he died at 59 in 2007. (Click on photo to watch interview.) 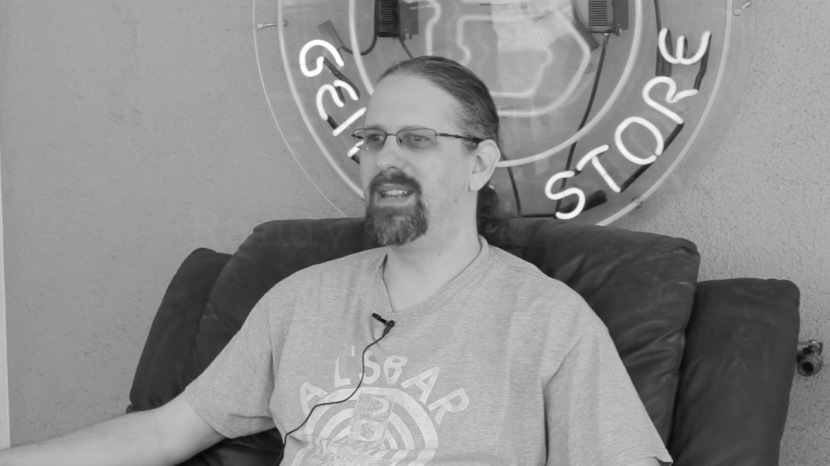 The Black Widows have been striving for world domination since 1992, using what manager Tony Fate calls “all instrumental, all evil … rock ’n’ roll.” They first played Al’s Bar in 1994, and were the unannounced last band to play a set in the legendary dive bar on the night it closed in August 2001. The Black Widows still play gigs around Los Angeles, including at the Redwood Bar & Grill on 2nd Street. (Click on photo to watch interview.)

Ella Black (a.k.a. Karen Pearson) is lead singer of Ella & the Blacks, a popular “punk funk” band that played Al’s Bar and other L.A. County venues in the 1980s and ’90s. Inspired by the Supremes and early rap artists, she formed Ella & the Blacks with members of her former group Red Cross. In 1987, a date with her was the prize in a dance contest at Al's Bar. “A wonderful deranged time was had by all,” read one newspaper account. (Click on the photo to watch the interview.) 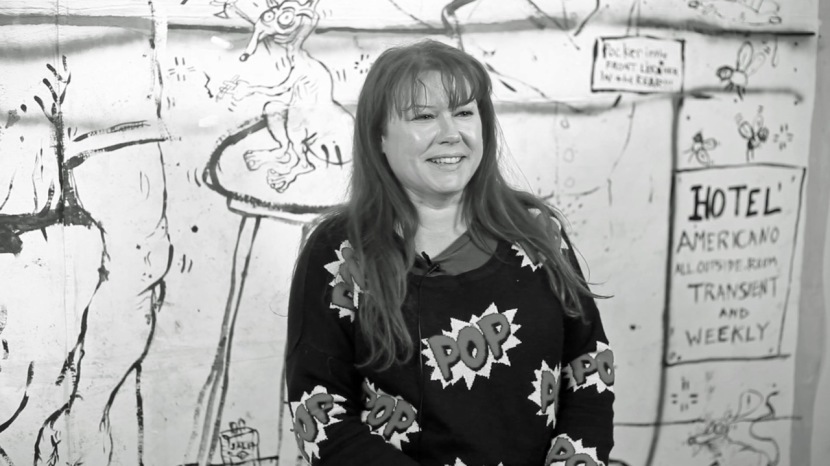 Bill Bateman is the drummer of the Blasters, the legendary rockabilly band he started in the 1970s with guitarist brothers Phil and Dave Alvin and bass player John Bazz. Bateman also played drums in the 1981 “classic” edition of the Flesh Eaters (with vocalist Chris Desjardins, guitarist Dave Alvin, bassist John Doe and percussionist D.J. Bonebrake), which recently reunited to record an album. (Click on the photo to watch the interview.) 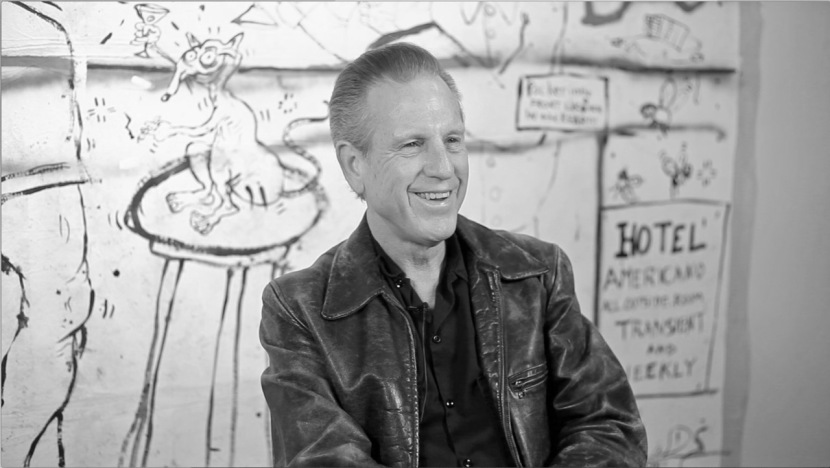 Joe Baiza is a prolific guitarist whose music melds punk rock and jazz sensibilities. He is a founding member of L.A.-area bands Saccharine Trust, Universal Congress Of and the Mecolodiacs. Also an accomplished visual artist, Baiza’s work been exhibited at galleries and has graced album covers for the Minutemen and others. Baiza was interviewed at the American Hotel, where he lived just above Al's Bar in the 1980s. (Click on the photo to watch the interview.)

Painter Matt Aston is a native of Abilene, TX, and came to Los Angeles in 1992. Besides being a Hollywood scenic designer, Aston exhibited his paintings in galleries all over L.A., and he performed in and designed sets for theater productions by Padua Playwrights, Zoo District and Wolfskill Theatre. Aston was interviewed at the Santa Fe Art Colony, where he had a studio until recently returning to Texas. (Click on the photo to watch the interview.) 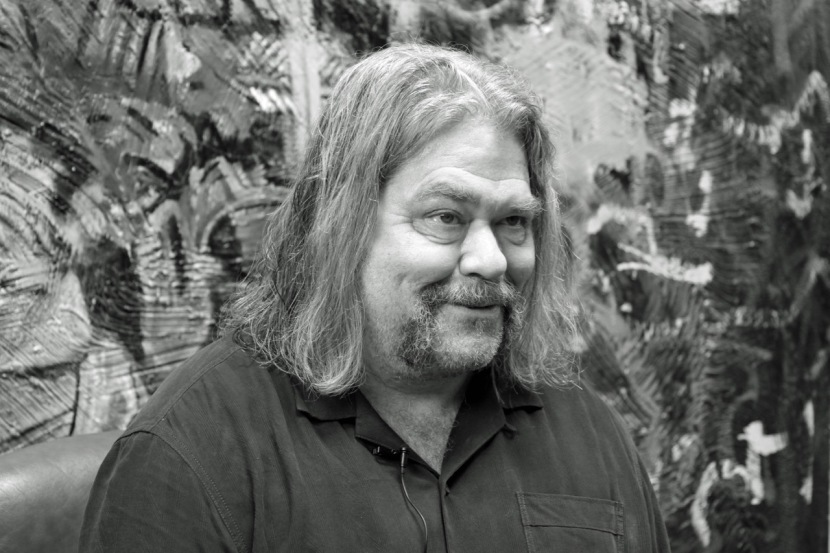 American Indian activist Andy Amaya came to L.A. as a child in the late 1950s, when he was placed in foster care in the neighborhood known as City Terrace. After time in prison, he was paroled and sent to live at the American Hotel in 1977, when the place was a flophouse noted for desperation and drug use. In 2014, Amaya was interviewed twice at the American, where he was living once again and which he calls a “spirit circus.” (Click on the photo to watch the interview.) 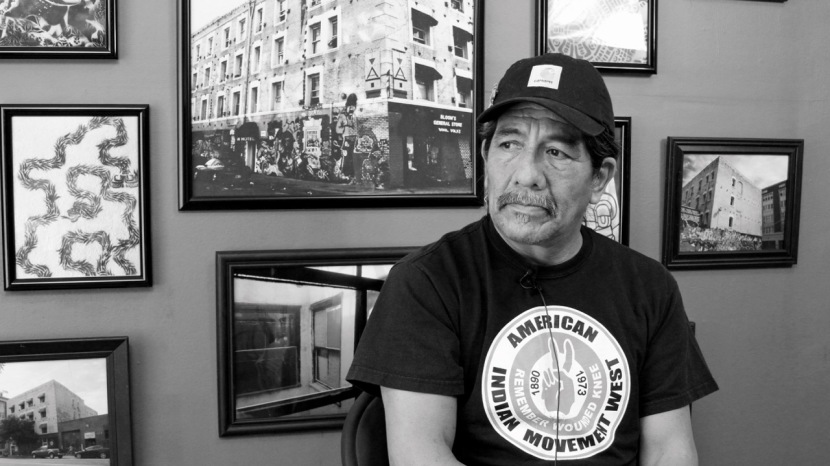 Graphic artist William Acedo moved to downtown Los Angeles in 1986, when what is now known as the Arts District was a wide open urban landscape of cheap space and creative freedom. He is a member of the Artists Roundtable at Self-Help Graphics, a non-profit serving the Latino community of L.A. Acedo’s prints, while featuring contemporary imagery, follow a long tradition of Latin American narrative woodcuts. (Click on the photo to watch the interview.)

Dean Abramovitch, a.k.a. "Dean Dean the Taping Machine," was a fixture at Al's Bar in the decade before the downtown L.A. venue closed its doors. Tape recorder in hand, he aurally documented the astounding variety of bands that got their start at the infamous punk club. This Feb. 4, 2015, interview was conducted at the American Hotel — the building in which Al's Bar operated from 1980 to 2001. (Click on the photo to watch the interview.) 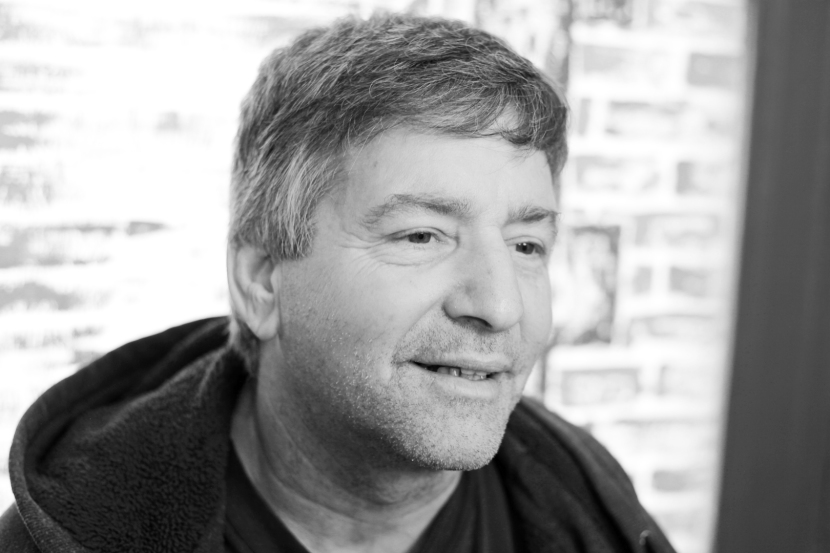